Our auditorium has seen and hosted many brilliant minds of our times, be it the annual oration or the high level seminars and workshops. The 3rd and 4th January of this year were one of those days. BPKIHS family saw the presence of more than 10 dignitary guests gather in the same stage for a discourse on a common platform, “Exploring new Frontiers of Collaboration: Medicine and Humanities”. Inspired by a similar symposium held 3 years back, this time it was the Students themselves who took the initiative and the responsibility to host an event of such magnitude. The objective was to elaborate on what goes into making a complete well rounded medico. Speakers from different fields such as literature, music, journalism and prominent doctors of Nepal along with imminent speakers from the Institute itself spoke on various topics to highlight their perspective of the medical field and what changes are necessary to keep up with time. Bitter- sweet experiences were narrated which succeeded in informing and inspiring the present participants.

The event commenced with the inauguration by the Rector of the Institute Prof. Dr. Bikram Prasad Shrestha and a keynote speech by Prof.Dr. Arjun Karki who summarized the present condition of medicine in contemporary Nepali society and the need of such seminars.

The speakers were divided into three sessions- the first started with Prof. Dr. Paras Pokharel talking on “opportunities and challenges in humanizing modern medicine”.

The renowned literary figure and Madan Puraskar winner Krishna Dharawasi highlighted on the social aspects of the medicine and gave a presentation on “Expressing contemporary society and emotions in the realm of imaginations”/sahitya samaj ra Manabiya Sambedana”. Dharawasi quoted, “The thief and the doctor both use metal instrument so called scalpel or knife, but the condition varies on how it is used. Either you use for the betterment of human civilization or simply to destroy the human generation”. He shared sweet and bitter experiences he faced while treating his wife “Sita Ji” in various hospitals.

After a thunderous applause the audience welcomed Mr. Raj Bimal Shrestha , Ex-Vice president JCI. Mr. Shrestha who has been giving leadership trainings to leading personals of major political parties, entrepreneurs, social workers and aspiring leaders of tomorrow, gave a taste of his methods thorugh an inspiring presentation. His short discourse (due to time constraint) on how to trigger leadership skills and teamwork in medicos was well received and the audience were not satiated- with the situation turning into a “Yeh, dil maange more”………but the organizers accepted that this must be continued in the near future because it’s high time an impulse of leadership be created to produce work efficient force in a world where more options has made taking the right decision a tougher precoess.

The second session consisted of popular media icons of our country and was formally started by Prof Dr. Bishnu Hari Paudel who spoke on the subject of Evidence Based Medicine explaining its importance in the practice of modern medicine and cautioning of how EBM too can sometimes be misleading.

He was followed by Prof. Dr. Nisha Keshary Bhatta, department of Pediatrics. She talked on the topic Unheard Voices and Unspoken Words, and reasounded the unpoken words and emotions that little children cannot express.

She was followed by Mr. Rabindra Mishra a leader in contemporary journalism and a proponent of practical philanthropy. He highlighted on various aspects of social service citing examples from a girl studying in Samata School to the honcho of Buddha airlines and his unconditional donations. His heart-touching stories created such a moment as to woe the audience into a mood desperate to help the needy.

Mr. Birendra Bahadur Basnet who had supported the Symposium by sponsoring 12 airplane fares between Kathmandu and Biratnagar, empasized the need for supporting root level health infractructures by private sector.

Rabindra Mishra was followed by none other than the star Nepali folk/pop music, Amrit Gurung. Amrit who has been in the popular Nepali band “ Nepathaya” since its inception back in 1990 addressed an awestruck audience sharing experiences garnered on his travels through most of Nepal. Gurung concluded that as future doctors Medical students have an important role in uplifting the health of Nepali people living in remote and inaccessible area. He also asked the audience to travel around Nepal as frequently as possible, and that it would help understand the health status of the poor and needy of own country Nepal.

Kiran Krishna Shrestha accompanied Amrit Gurung and poked into a sensitive issue. By comparing the music of our national anthem as is popularly played with one given by a small German Orchestra (which had an alluring effect) he pointed that there is still room for improvement in a matter of such national importance.

Mr. Kiran Nepal another prominent name in Nepalese Journalism and current editor-in-chief of Himal Khabarpatrika read an article that intervened medical issues in Nepali media, dated long time back. He enumerated the ways of practicing journalism in an attempt to justify why contradictory views are published on the same matter by various journalist; and also explained that medical issues raised by mid-stream papers are results of extensive research conducted for months.

At the end of the session a panel discussion was held with Dr. Kumbha Raj Joshi and Swotantra Gautam moderating various questions from themselves as well as the audience that stimulated a healthy debate on contemporary topics.

The most awaited session was scheduled at the very end. It started with Prof Dr. Bal Krishna Bhattarai talking on Palliative care, one of the most sensitive areas in medical practice. The mesmerized audience were not let down by the next in line, Dr. Saroj Dhital “A healer offers love and nurtures the soul; a physician offers concern and treats the body, a procedurist glares at his patient and imposes procedures” he said.

Prof. Dr. Bhagwan Koirala enthralled the audience with his presentation on “The doctor and the manager” He emphasized that even an individual CAN make a difference and that “to achieve something, one must enjoy suffering encountered in the process”.

At the end Prof. Dr. Arjun Karki put a presentation on the various modalities in which medicine is taught in our country and those practiced in other parts of the world.

Two shows of the Nepali film “Jhola” based on Krishna Dharabasi’s story of the same name was premiered on the occasion for charity. The emotional surges the viewers experienced, as in eyes welled in tears, was no different from the rest of the nation’s.

The program turned out to be an overwhelming success. It was one of those moments when the entire BPKIHS comes together to learn and to teach. The Speakers with their vast knowledge accumulated over the years satisfied the intellectual hunger of those present, as was apparent by the thunderous clapping and cheering. However, the speakers had much to gain in the process, they returned with more than they had come, a broader understanding of the relationship medicine and humanities shared, and inspiration from the energetic and enthusiastic youth of BPKIHS.

During the buildup to this symposium, Prof. Nisha had quoted “Professors live in their students. Any achievement the student acquires will be the Professors’ as well”. The symposium was a notion that the students when united can achieve great heights. And when the Faculty, with their vast experience and knowledge guide and direct us, the achievement becomes multifold.

Last but not the least, Prof. Dr. Narendra Bhatta briskly summarised the symposium with the terse and to the point statement “Medicine is not a Science, not an Art, it’s a Scientific art.”

At the end, everyone, participants and speakers alike emerged enlightened. The symposium was a grand success and we are all of the opinion to host a similar one in the very near future. 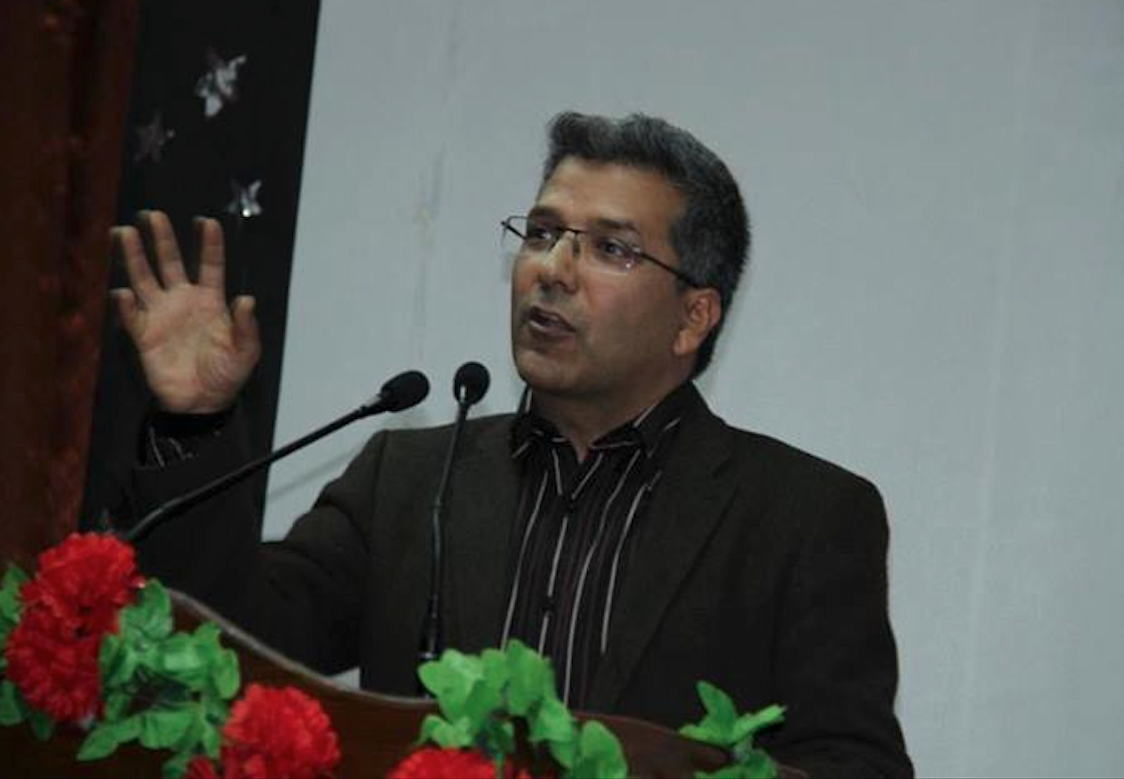 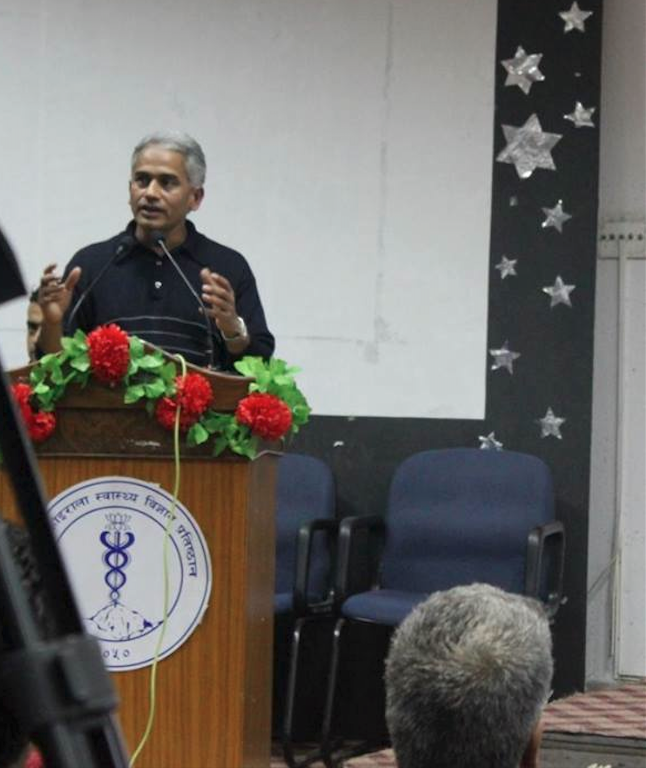 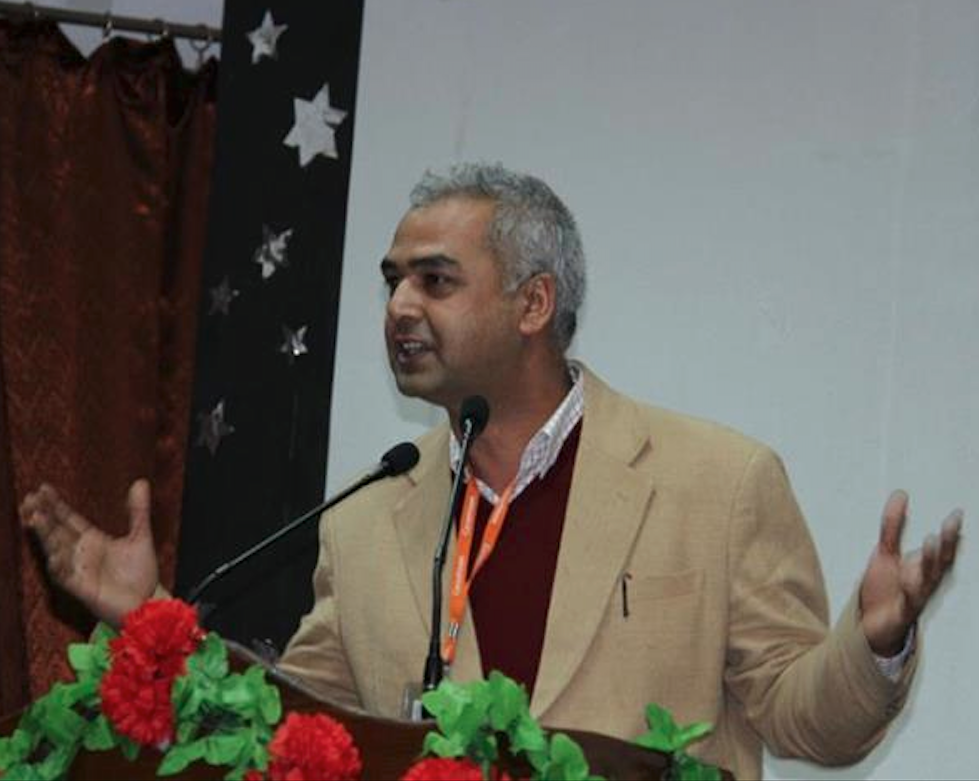 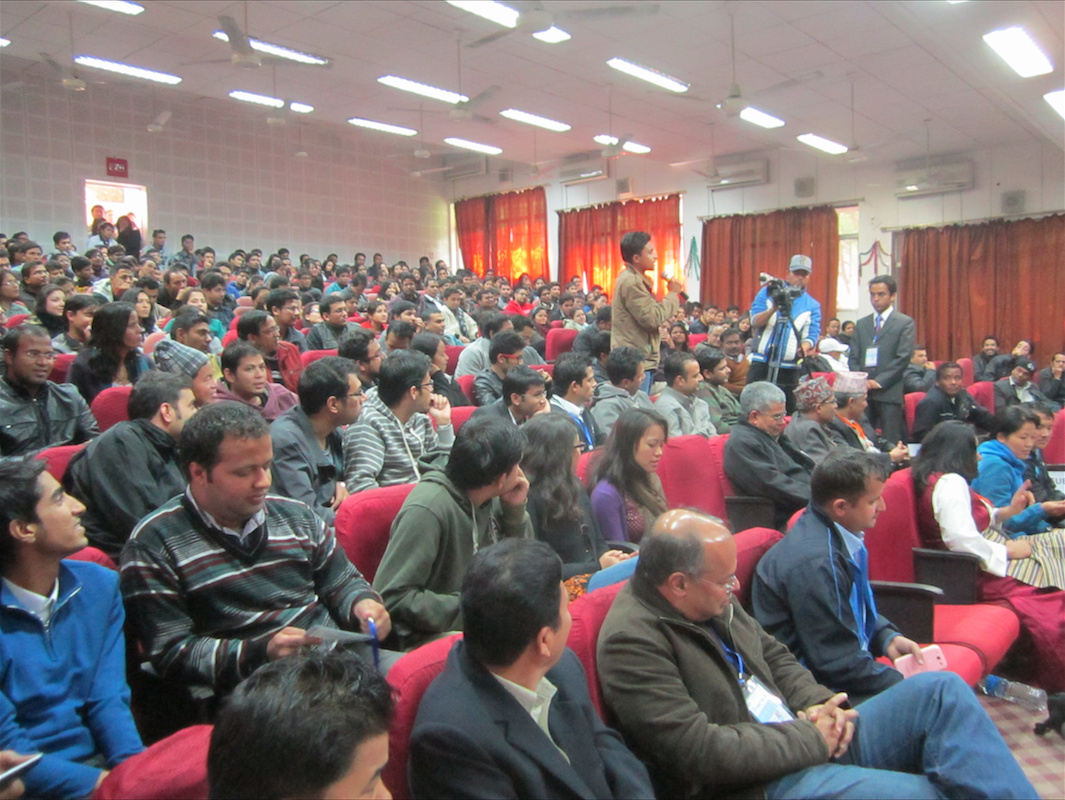 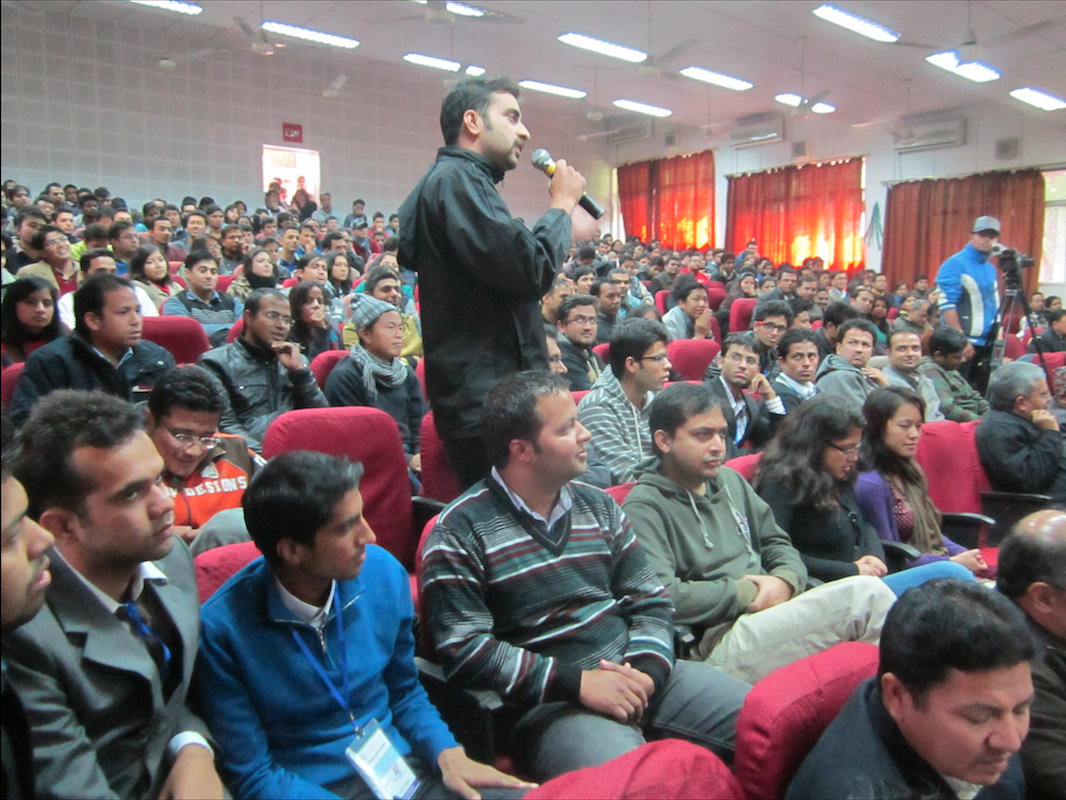 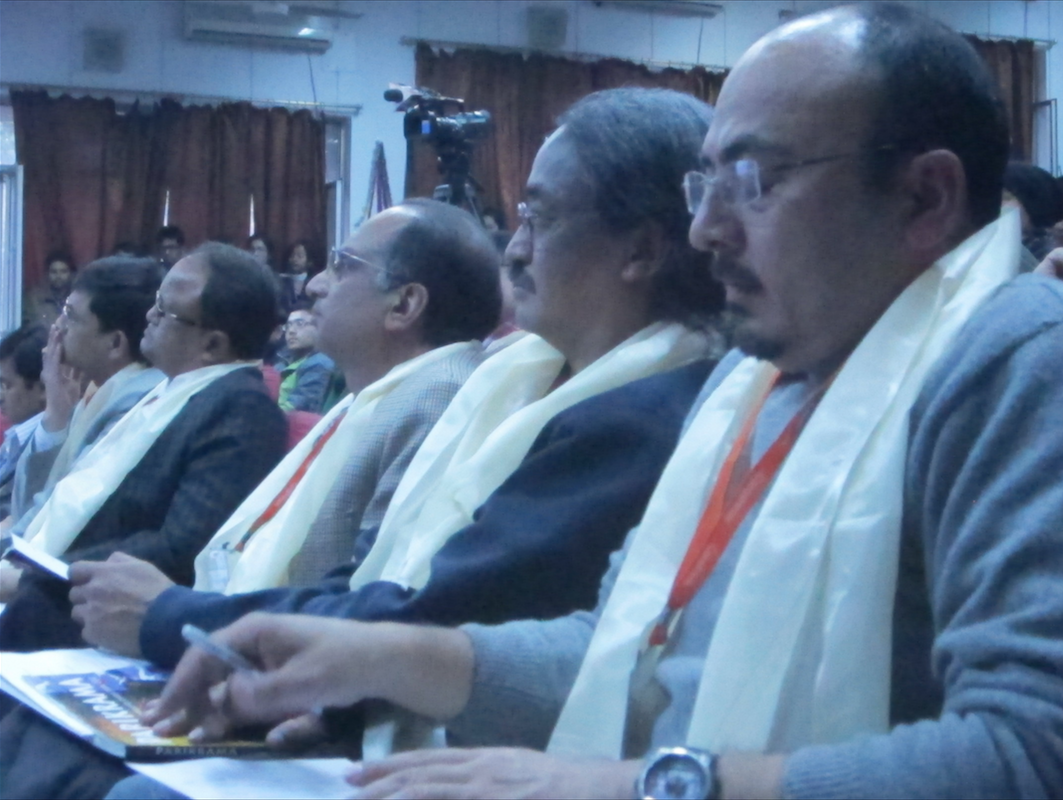 In the world of medical and medicos, we bring you another world of literature. We are not any science geeks but we create a fusion of literature and medical science. Parikrama, as the word revolving, comes round every year with an annual issue. Not just this, we host literary events like spelling bee to quiz mania and we celebrate our library week, also promoting the creativity of students and publish bimonthly "The Harbinger".